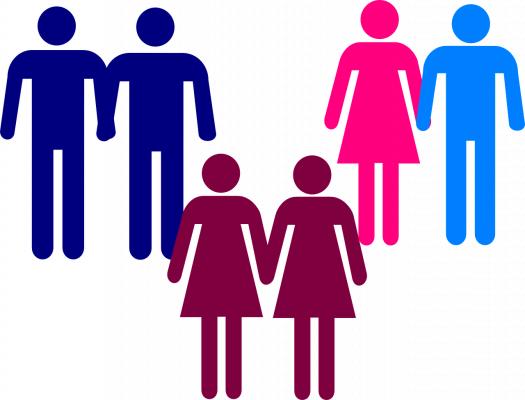 One student, let's call him Joseph, is asked to leave the military boarding school that he attends because he showed he had feelings for one of his dormitory colleagues. A school employee saw what happened and reported it to the school management. Joseph was automatically excluded by his colleagues, everyone started to talk about what happened, and his day-to-day life became very hard.

According to a former student of this same school, there are three things that are not allowed there: drugs, stealing, and homosexuality. To the school principal, the students are all “brothers”: this is why they are all somehow "prohibited" to have feelings for another colleague, all the more so, because the entire school is a shared space, there are no private spaces… everybody knows everything about everybody else in this institution.

According to the principal himself, the school is a kind of “Big Brother”; if a student demonstrates an emotional or intimate behaviour or attitude towards a colleague, it is highly probable that everyone else will know about it in the following days.

Most teachers have a military background.

The student is asked to leave the school and the school environment, his colleagues urge him to do so. If he tries to apply to another military school, they will probably ask him about why he left the previous school, and he has no answer prepared.

With no family support, unable to accept or face what happened, Joseph begins to isolate himself. Communication with his friends starts to decrease drastically, and he has noone to talk to because he does not want to disclose the reasons for leaving the school. As he turns 18 years old, Joseph becomes involved with a political group that advocates very radical perspectives about the society. Without ever revealing his past or much less his attraction to people of the same sex, he begins to be involved in situations of crime, until one day he is responsible for attacking a civilian.

Joseph wants to leave the school because he deos not feel a part of it anymore. However, the school principal convinces him that he should stay at least a couple of more weeks, in order to better understand what he really wants. With this in mind, the school principal talks to Joseph's parents, who then spend a couple of days with their son. In the meantime, the principal gathers the students at the school and asks them to reflect on homosexuality and the need to respect the “other", who might be "different”, without preconceptions or stigmatisation. He further encourages the students to think about what a wonderful student and person Joseph is, and asks them whether they feel it would be worth losing someone they appreciate just because of his sexual orientation.

The message was to continue to treat Joseph with respect and friendship from that day onwards, especially with the support from his closest friends, who already knew about Joseph's sexual orientation. During the nex few weeks, the communication and interaction among students became visibly more peaceful, which allowed Joseph to stay in the school at least until the end of the academic year.

Promotion of prevention campaigns regarding homophobia.

Awareness raised on equality and respect for sexual orientation diversity.

Development of school initiatives as debates, so that people can have more information about sexual orientation exclusion.

Educating about diversity and exclusion, by demystifying some of the preconceptions related to different sexual orientations.

Integration of awareness activities at the level of classroom, relating them to citizenship and diversity topics.

Acknowledging the importance of the same rights and duties for all people.

Integrating as part of the school mission the value of respecting diversity, including non-discrimination on the basis of sexual orientation.

Collaboration with the community in developing activities against homophobia.

Involvement of the community in the mission to promote respect and dignity among people, regardless of their sexual orientation.

This case was inspired by a newspaper article about homosexuality in a military school in Portugal.