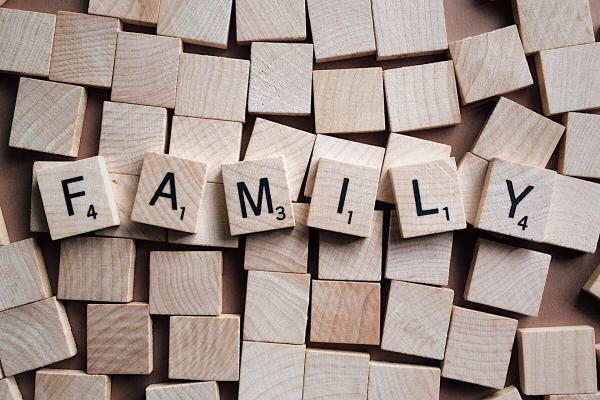 Luis is a 16-year-old student born in Madrid to a Spanish family of the middle-low class in which both parents work. She has sporadic jobs doing housework in different homes and he is a clerk in a company. Luis also has a little sister, and all four live in a house on the outskirts of the city.

From a young age, Luis has been a student with little capacity for concentration, very lively and easily distracted. He was never able to sit still for an entire hour listening to the words of the teacher, so he was often the disruptive student who complicated the environment in almost all classes, and distracted the classmates. As a result of this, Luis was often exploited in class and sometimes even in the centre. His successive tutors have always been in contact with his family to communicate his disastrous academic performance.

As years passed, Luis took various courses and never sat down to study for exams. Despite being a perfectly skilled and intelligent student, he always cut most of his classes. Given the above, no one really expects him to graduate, and he has been directed to an alternative path called Basic Professional Training.

Luis' attitude, which comes as no surprise, is a case of extreme rebellion against the world around him, a display of long-running defiant and violent attitudes towards people, most often authorities. Nonetheless, Luis is a charming and friendly young man when it comes to relating to the peers he chooses (since there are already so many others who make life impossible for him). Because of his apparent firmness and confidence in addressing others, he has managed to become the leader of his class group and thus has the power to influence the behaviour of others.

As a teenager, Luis' relationship with his parents got worse, to the point of not talking to his mother at all, and only rarely with his father. The situation at home is unbearable and Luis will take any escape route both in school or with his friends, to release all the anger and frustration he has kept inside. The gang with which he moves is made up of boys who meet at late hours to go out at night, and are linked to circles where selling drugs has almost become a way of survival.

Lately Luis has attended numerous demonstrations and was once arrested for leading violent acts. In addition, on more than one occasion he was fined for damaging public spaces (drawing graffiti, among others). In spite of all this, Luis has an excellent artistic ability, especially for drawing (and graffiti), but also for making music. What is more, on the few occasions he was persuaded to take an exam, he passed with flying colours, without hardly having to study.

Luis has visited numerous psychologists throughout his life, he was encouraged by his parents, but to this day it seems that therapy has not worked, and the boy now flatly refuses to receive any more external help from professionals. The family is desperate and stuck in a situation that has reached its limit and from which they know no way out. His parents are very worried because they fear that Luis will end up involved in a network of people committing violent crimes and be imprisoned.

The tutor does not know very well how to handle the situation with the student so he makes an appointment for Luis to meet a psychologist.

The student reacts in a negative way to the proposal of this meeting, and this leads him to react once again as a rebel that he always was. He assumes the role of the misunderstood, the rebellious and the unsuccessful, which only makes him reaffirm himself through his behaviour.

The tutor, together with a team of teachers, sets some guidelines that should be followed from now on when dealing with this student. They focus on positive reinforcement, give responsibility for tasks that make him see that his work is essential in the classroom, motivate him by giving him space to do what he really enjoys doing and is good at (e.g. banners to decorate the class, designing the set and the costumes for a musical they will perform at the school party, etc ...).

The student, pleased by the attitude of the teachers in front of him, reacts very positively by agreeing to the proposals that are made. Self-confidence increases as you realize that there are many things you can do well, and when your achievements are recognized in a positive way .

The school tutor gets in touch with the boy's family to check the starting situation at home and how the student behaves with the family. He shares with them the strategy about how they are going to proceed with Luis, so that both the school and the family can move in the same direction and check for signs of improved behaviour in Luis.

As Luis receives the same kind of input from home as well as from the school, this has a double positive effect on his behaviour. Signs of radicalisation begin to disappear because they no longer serve as channels for Luis' anger, frustration and discontent. He begins to study and grows fond of individual subjects, which in turn makes him continue to gain security and confidence in himself.

The relationship established between the school and the students' families is crucial for all students' personal development. In vulnerable contexts it is sometimes difficult to rely on these relationships, nonetheless, it is important to make efforts to get closer to the families.

There is a direct relation between school failure and antisocial behaviour, which in many cases can lead to different forms of radicalisation. This has led many psychologists to consider academic failure as one of the main causes that lead to criminal behaviour. Furthermore, it is commonly said that kids are prone to violence because they have low self-esteem, as a consequence of, for instance, academic failure.

Some other potential causes of behavioural deviations can be the following:

In many cases, schools are aware of those possible deviations of students, and tutors make efforts to identify initial signs to avoid ending up in a radicalised situation. Nonetheless, school teachers, educators, tutors, trainers, do not always have all the required information – which the family could provide. This is why we suggest to invite families to schools and share the students' progress with them.